Last Thursday, I arrived at the Pittsburgh train station at about 10:30 p.m., and at a few minutes past midnight, my train left the station.  I had the excited feeling I always get on trains when they start that light rocking that means you’re on your way.  Although I had a sleeper cabin and knew I would need to be rested when I arrived in Chicago the next morning, I spent at least half an hour just watching Pittsburgh disappear into the darkness.

Because I had to travel only one-way this trip, a train wasn’t much more expensive than a flight, and it was also easier with luggage.  Rather than cramming things into my small under-the-seat regulation backpack, I was able to add shoes and books to my hiking backpack, which is about the height of my suitcase but considerably easier to carry on my back.  By the time I woke on Friday morning, we were about halfway through Indiana, and I had a nice take-away breakfast from the dining car, which I ate while listening to an audiobook and waiting for Chicago to appear.  (Also, I may have been crying over said audiobook when the sleeping car attendant knocked to convert my bed back into chairs.)

The real trip started in Chicago.  My train, the Texas Eagle, would leave the station around 2 pm Friday and reach Tucson by 8 pm on Sunday.  I spent a few hours in the waiting area – there’s not much around the Chicago station, and without being familiar with the city, I decided it would be better to hang out near my luggage.  It was pretty cool to board the train in Chicago.  The Pittsburgh station is honestly kind of mediocre, but the art deco Chicago station that opens into huge covered ports for the trains was much more like how I imagine the Musée d’Orsay might have looked before they filled it with art.  The train was massive, not like the regional trains in Europe that take only a day to travel the entire country.  No, this was a behemoth.  I was on the second floor in a cute little compartment that from what I gathered based on the stories of other passengers is great for a solo traveller but cramped for two.  (They recommend an actual room or the larger family-sized room for that, but the roomette is sufficient for cheap or solo travel).

I had my first dinner on the train at 7pm while passing through St. Louis.  I’m not sure where the station is in relation to the city itself, but we spent most of the meal with a view of the arch over a lit-up city.  I was unable to get a good picture, but it was pretty awesome to eat a steak dinner (included in the price of my ticket) and look out at the city.  I woke Saturday morning just as we crossed into Texas, and I went to sleep Saturday night still in Texas.  This was my only full day on the train, but I actually didn’t get bored.  I did some writing on my computer mostly, but I also had books to read in the lounge car, and a movie downloaded to watch after dinner. 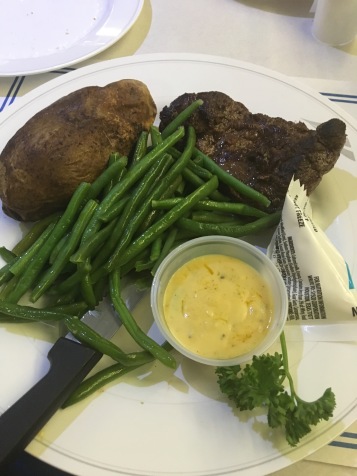 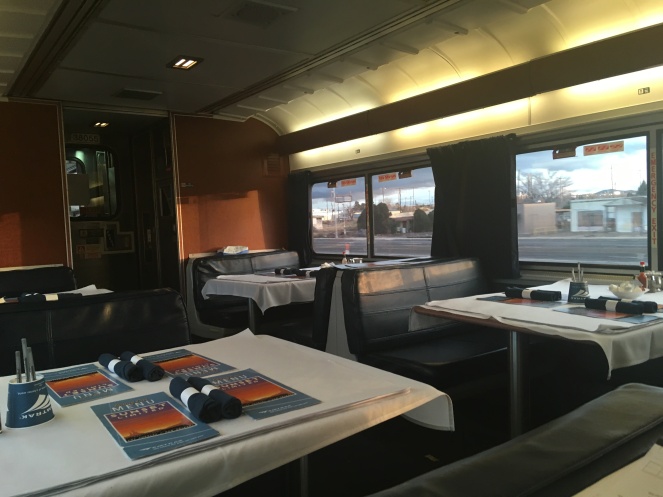 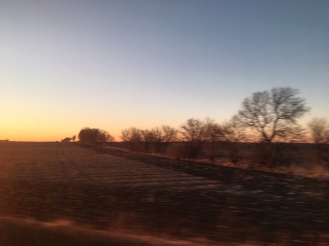 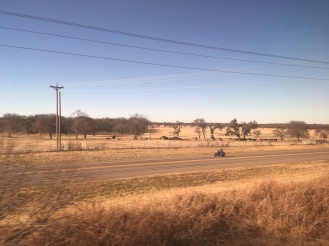 Around 3 am, the Texas Eagle connected to the Sunset Limited (origin New Orleans), and needless to say I was very confused when I went to breakfast Sunday morning only to find the dining car in a different spot relative to the sleeping car.  What had happened was that they had disconnected the Texas Eagle diner and connected instead the passenger cars of the Sunset Limited and their diner.  The food was still great though, and the waitstaff was unbelievable kind and helpful.  (A dessert comes with the meal for both lunch and dinner, and I was pretty happy when they remembered that I liked to have a class of milk with my dessert.)  We were a bit delayed arriving in Tucson because of an incoming freight train, but I still checked into the dorm before 10, and I spent Monday morning unpacking. 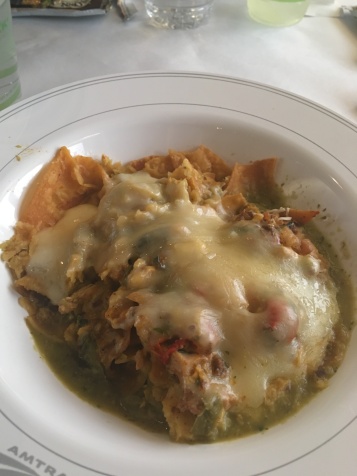 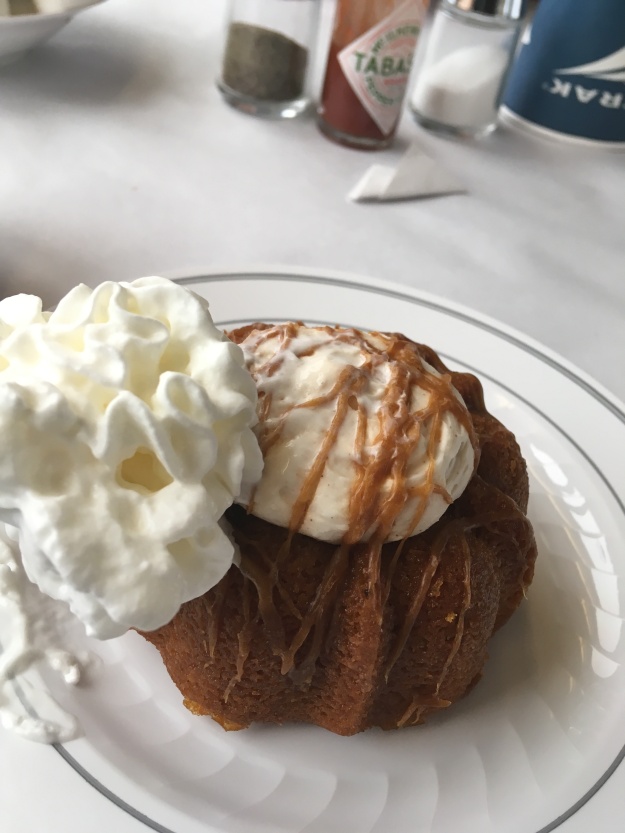 Since then, I’ve been falling back into my Arizona routines.  Mac ‘n Cheese on Monday night, and classes starting up again Wednesday.  I’m enrolled in the next levels of Arabic and French, and I am also taking two geography courses for Global Studies, a Gender and Womens’ Studies gen ed that counts for Peace Corps credit, and an Honors course on Multilingualism.  So far, there’s just been a lot of reading (like, a lot), but they all seem interesting.  I’m pretty excited for this semester and to see where all this takes me, so