Well, this is a week later than planned, but I’m actually moved into my fall dorm now!  Originally, I’d intended to post last Sunday before packing up, but since I didn’t do a lot of exciting things while in UAdvantage, I thought I’d combine the post with my move-in week to make it more interesting.

A few words about the UAdvantage program though – it was great.  I really enjoyed my classes, especially Anthropology, and I’m very thankful for the resources UAdvantage will give me during the fall semester – for example the adorable little cacti we planted.  In addition to a field trip to the museum, I also had the chance to explore Downtown Tucson with my Anthropology class.  We looked at a few historic sites in the city and noted how it has changed in recent years.  Even more fun than that, the UAdvantage group also took us on a Food Tour that I would recommend to anyone visiting Tucson.  Or, if you aren’t up for a full tour, just go to The Fix for Mac n Cheese and The Hub for ice cream.  I also spent a few hours at the Scented Leaf Café which serves a myriad of wonderful teas (also a great spot to chill out and read a book).

This past week was hectic with both classes finishing and everyone packing up to leave, but it’s been fun.  Wednesday was actual move-out day, and although I was supposed to be on the golf cart to my dorm at 9 am, it was a bit closer to 10:30.  There were a few problems causing this – check out papers not being available, the golf cart leaving without me, etcetera.  But, I digress.  Once I reached Yuma Hall, it only took half an hour to carry my things upstairs (no elevator) and a further three hours to unpack everything.  However, I do mean everything, so the time was worth it since I no longer have to search for anything.  I also met my awesome RA Wednesday, but after the unpacking, I was pretty much dead on my feet.

Thursday was my last big thing with UAdvantage – Meet Tucson.  There were a few options for this, but I chose to go to Roadhouse Cinema, which is very fancy and more than I could afford on my own.  Courtesy of not having to pay for it though, I was able to enjoy the reclining chairs and waiters while watching Dunkirk.  Although I would recommend Roadhouse, I would also recommend planning to spend a lot of money there.  The whole experience was a lot of fun though, and the movie wasn’t bad either!

Friday and Saturday were a bit more laid back.  Although I did make three trips to the financial aid office on Friday, I mostly spent the day figuring out what I need in my room and going shopping at Safeway to buy some groceries.  Another notable occurrence on Friday was that other people moved onto my floor so I’m no longer alone.  As for Saturday, I had no plans at all and just finished the last of my library books (How Green Was My Valley by Richard Llewellyn, also featured in 3 of the pictures below) while exploring a few different places to read.  Last night was also the peak of the Perseid meteor shower, which I tried to see, but because of the clouds, I watched a distant thunderstorm instead.  The lightning was incredible though, so no complaints.

Today was the start of Bear Down Camp.  Mostly, this is school spirit activities and explanations of things on campus, but it seems like it will be fun.  I’ll be getting on a bus at 7 tomorrow morning to go to Prescott, Arizona for the rest of the camp, and I’ll post my next update either next Sunday or one week into the school year.  Until then ~

My beautiful baby cactus from UAdvantage 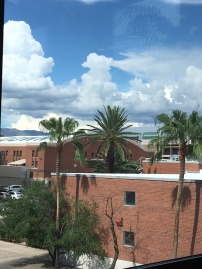 Where I’m From – for end of class project 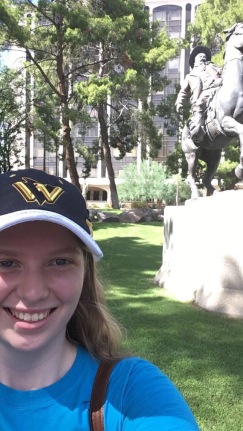 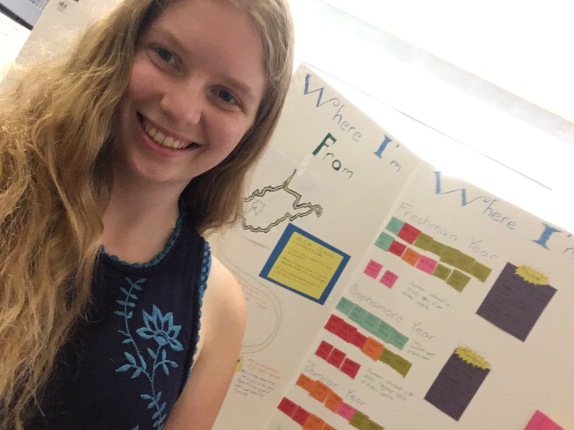 My final project for EDL

Small mishap with putting the bed together

Fixed the bed (and unpacked other stuff) 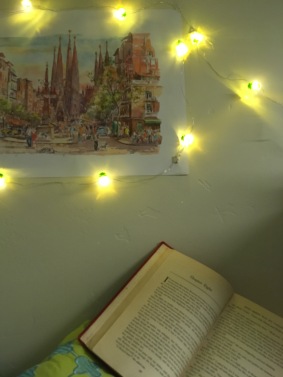 Barcelona and a book

Reading in my new room

Reading in a different room

View from my window

I dressed up the vacuum…got bored on Saturday 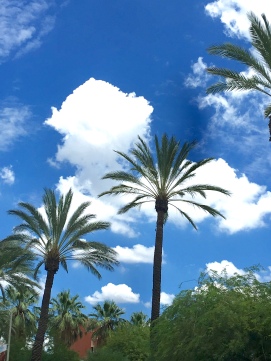 Where am I now?

I had a fantastic break but it’s also great to be back in Tucson! Here’s to a new semester and new adventures!
So happy I got to see snow before going back to Tucson!!! Plus a couple of other scenic pictures from the last week
Home for the holidays!
Beautiful day at Madera Canyon
I’ve got to say, this was a pretty good night
The Tucson version of fall colors