Since I’m going to a concert tonight, I’m going to keep the actual written part of this brief and mostly show pictures from week one at French camp.

Monday morning was a mess for the most part because no one knew what to do and the classes were really just holding pens for students not testing at that time.  The test was an oral “exam” to determine in which level of French students should be enrolled.  It was actually pretty fun – just a conversation really.  I can’t speak for anyone else, but I really like my class.  It’s mostly grammar with a  few games to help us practice speaking and using whatever we’re learning.  Since it’s more or less the same every day, this is all I’m saying about class.

Monday afternoon was pretty boring – just a three hour seminar about all the rules – but Tuesday was the first workshop of the week.  The workshops are like extra classes that happen twice a week.  My Tuesday workshop was cinema in which we studied camera angles and shot types then began planning our own short films.  Tuesday evening also featured a walking tour through Old Quebec so when we go out later, we will be less likely to get lost.

On Wednesday, I went back to the city with some friends to buy tickets for Festival d’été (more on that soon).  Following that, we all took a trip to the big mall with an amusement park inside it.  Tickets were fairly expensive, so I only rode the rollercoaster, but that was really fun.  Since we had five hours at the mall, my friends and I decided to do some shopping, or really some trying on and not buying.  We made it into a game in which we chose crazy outfits for each other to model.

Thursday was a nice afternoon with no plans until late, so I relaxed in my room with my book for a while.  At seven, I had signed up to go to the movies.  We saw the Legend of Tarzan, in French of course, so it was a little difficult at first.  By the end of the movie, however, I was thinking just in French.  That carried over to Friday and made that morning’s classes very easy.  Friday evening, one of my friends needed to buy a swimsuit, so we went into the city with the goal of purchasing one.  We completely failed, but we had fun trying on clothes in some of the designer stores and watching the street performers.

The next morning, I slept in late and did basically nothing after laundry in the morning.  That was very welcome after a week of doing stuff constantly.  This morning though, everyone went to a waterpark.  Very fun!  Even after we rode all the slides and got cold, we were able to hang out inside and look around and dance to the music on the radio.  Tonight we’re going to the summer festival to see some performers, but I’ll write about that next week. 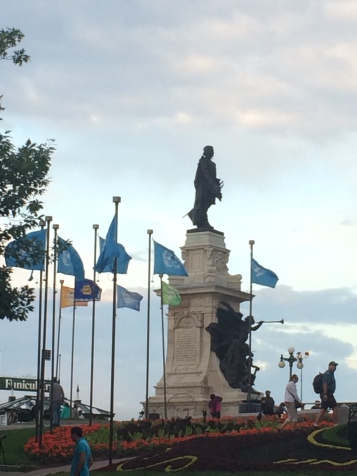 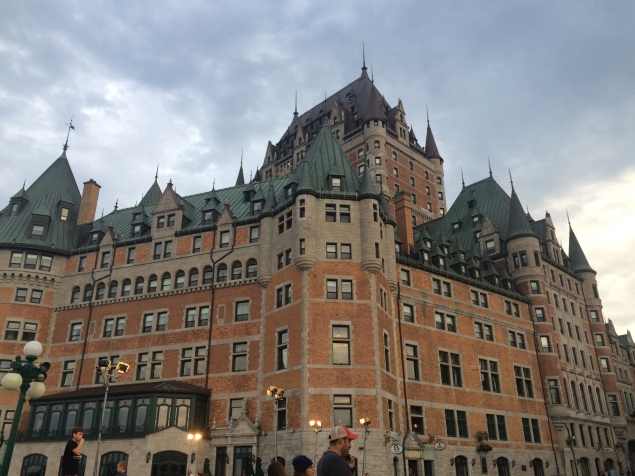 Panoramic from the old city wall 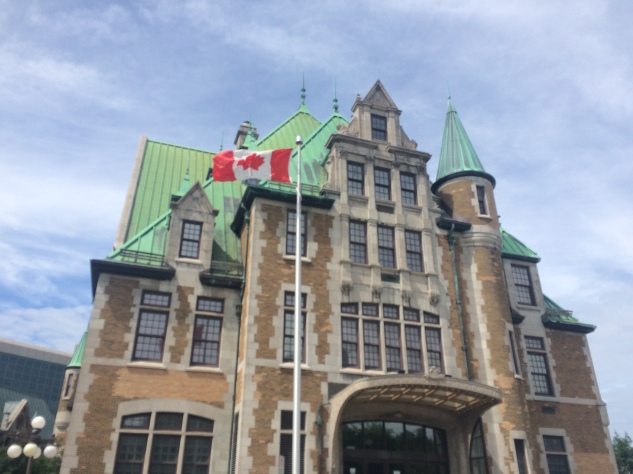 No idea what this building is, but it’s cool

Outside the Maple Sugar store on my Fri 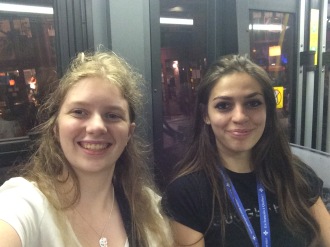 Taking the bus back to Laval 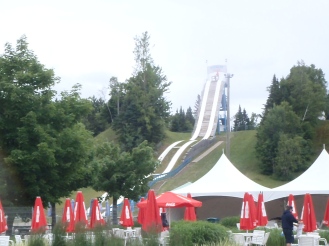 Everest slide – best one in the park! 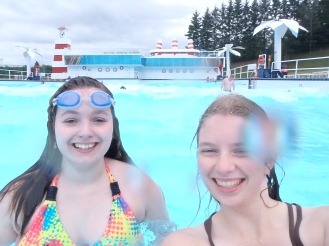 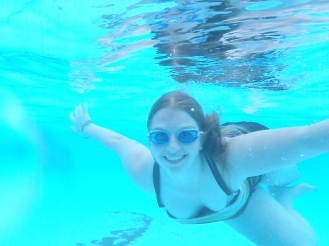 On the Cauldron ride 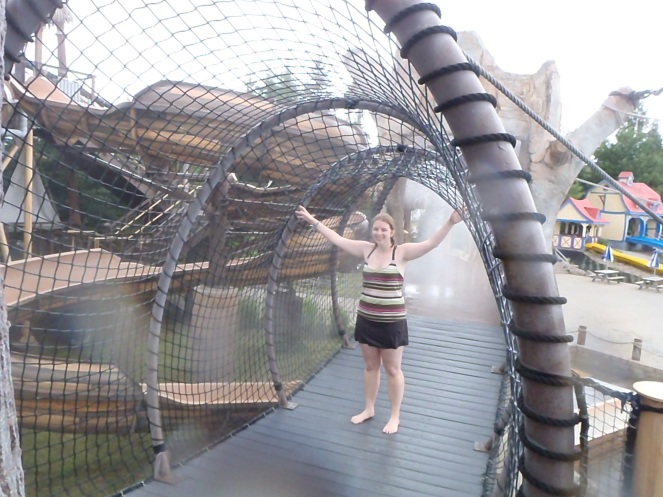 Pirate ship playground was abandoned, so we took pictures 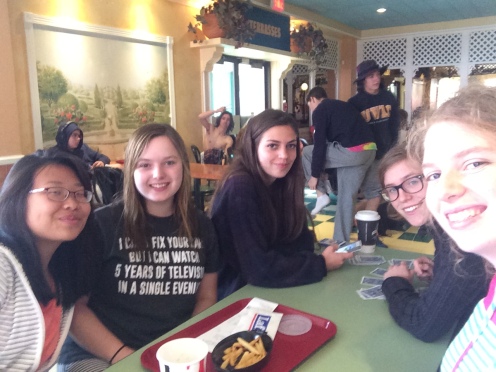 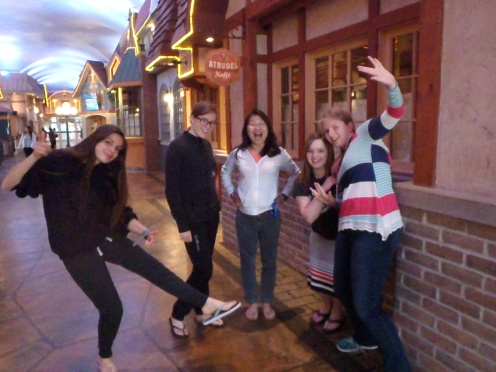 Overall, my first week has been really great!